5 Best Places to Visit in Nepal

5 Best Places to Visit in Nepal

Being a country of Himalayas, nature, and culture, Nepal has many places to visit. Kathmandu is the capital city of Nepal, and it has many UNESCO Cultural heritage sites with unique arts and architecture, history, stories, and myths. The Himalayas are the major attraction of Nepal to attract travelers as Nepal has the highest mountain in the world, Everest, which is 8848 meters above sea level. There are the eight highest mountains of the world out of fourteen in the world. Nepal has Natural National parks for jungle safaris. Please find the information on the places to visit in Nepal.

Kathmandu city, the Capital of Nepal

Kathmandu is a Historical city with breathtaking Newari arts and architecture, centuries-old Hindu and Buddhist religious sites. Along with dedicated tourist-friendly accommodations and restaurants. Stepping into Kathmandu is like stepping into another world that everybody should experience at least once in their lifetime. Kathmandu is a city where ancient traditions rub shoulders with the latest technology. The grandeur of the past enchants the visitor whose gaze may linger on an exquisitely carved wooden window frame, an 18th-century bronze sculpture, or spiritually uplifting stupas.

Kathmandu has seen rapid expansion in the last decade. Despite the hustle and bustle so typical of metropolitan cities, its people remain refreshingly friendly. The city is a warden of its ancestral value “Atithi Devo Bhava”, which means "Guest is equivalent to God". Retaining its ancient traditions, Kathmandu is blessed by Living Goddess Kumari, and enriched by endless ceremonial processions and events that take to the streets now and then with throngs of devotees seeking joy in spiritual celebrations. Kathmandu is home to seven UNESCO cultural heritage sites, which are Kathmandu Durbar Squire, Swayambhunath Stupa, Monkey temple, Pasupatinath temple, Boudhanath stupa, Patan Durbar squire, Bhaktapur Durbar squire, and Chagunarayan temple.

There are many tours in Kathmandu valley and some of them are Kathmandu Day Tour, Patan & Bhaktapur Tour, Dakshinkali and Pharping day tour, Glimpse of Nepal Tour & Kathmandu Transit Tour.

Pokhara is the number one adventure and Leisure City in Nepal. Pokhara is a trekking gateway to the Annapurna's with plenty of entertainment for individual travelers and families with kids. One can experience the best in trekking, boating at the lake, and hiking around, paragliding, or simply relaxing at one of the lakes near the city with the stunning Annapurna mountain range in the background.

The Pokhara will overwhelm you with one of the greatest photo spots in the world. While you walk along the shores of the Phewa Lake, you will be surrounded by a panoramic view over the Himalayan peaks of the Annapurna Massif that reflect in the lake. A beautiful color combination created by the wooden boats and par gliders that are sailing, flying, and rowing over the lake is going to be one of the highlights of your travel experience in Nepal.

You can find many tours that includes visit of Pokhara, which are Pokhara Tour, Pokhara One Day Tour, Spirit of Nepal Tour and Taste of Nepal Tour.

Reach the highest point on Earth or choose to live out your dream by standing at the foot of Mt. Everest (8,848 m), the highest peak in the world. The Everest region is more than just trekking as it is a milestone in anyone’s life, and some have even described the experience as a journey close to Nirvana.

Located in the northeast province of Nepal, this is a colony of dramatic glaciers, deep settlements, and several majestic mountains. Passing through legendary Sherpa villages, the trekking in this region is a mix of a deeply cultural and spiritual experience with the physical one. Buddhist lamas, monks, and nuns led by Rinpoches (reincarnate lamas) serve the predominantly Sherpa com­munities from Gompas (monasteries).

The Everest Base Camp

The journey to Everest or Everest Base Camp begins from Lukla after a short flight from the Capital of Nepal for the die-hard lovers of trekking in Nepal. There is another switchback starting from Jiri or Phaplu through the mid-hills of Solu. Taking a flight is a time-saver, while trekking from Jiri or Phaplu allows you to take in each tiny detail of the trek, with extra time to meet the charming people and see the rich flora and fauna on the trail.

For those with sufficient time, a 10-12 day trek through Solu to the Khumbu and the Sagarmatha National Park is an excellent itinerary both in terms of acclimatization and to experience the changing customs, traditions, and lifestyles as you pass through lower altitude settlements to those in the higher altitudes.

A part of the Himalayan ecological zone, the park was added to the list of UNESCO Natural World Heritage Sites in 1979 AD.

The park contains three of the World's seven highest mountains Sagarmatha or Mt. Everest, Lhotse, and Cho Oyu, and is also home to several other prominent peaks, most of which are above 6,000 meters.

The Everest region has been valued as the key to the evolutionary history of the Earth and also a habitat for some rare and endangered species, which includes snow leopard, red panda, Himalayan black bear, musk deer, and Himalayan wolves.

The legendary Annapurna region is the most diverse and popular trekking Region in Nepal. The Annapurna Region offers from the full three-week Annapurna Circuit Trek, which stretches into the historic Mustang region to short three-day trek to the Sarangkot- Dhampus.

The centerpiece of this part of Nepal is the range of mountains that includes Annapurna I, the first of the 8,000 m peaks to be climbed. The region includes another 8,000 m giant, Dhaulagiri, which is located west of Annapurna I. Between these two Himalayas lays the valley of the Kali-Gandaki River valley, which is the deepest gorge in the World.

The views of lush, fertile farmland and undisturbed natural forest, snow-covered mountains, and encounters with a mixture of many ethnic communities, all add up to a diverse range of experiences that make this area one of the most satisfying trekking destinations in Nepal.

In the southern region of Nepal, the jungles of Chitwan National Park await you with wildlife experiences like no other. Track wild royal Bengal tigers and watch one-horned rhinos bathe in rivers alongside great Asiatic elephants. If you want to quench your thirst for nature, Chitwan National Park is where you should be in Nepal.

Another exciting adventure in Chitwan is to go canoeing in the marshy Terai River amongst hundreds of marsh mugger crocodiles basking in the sun, waiting for their prey to fall in their mouths. You can also spend some calming animal time visiting the elephant and gharial breeding farms, a perfect way to educate your kids about the animals and their life cycle as well.

You can be a part of the local tribal life and visit the Tharu village, where you are welcomed into their traditional mud houses and treated with utmost care and respect. At the end of the day, you add to the essence of the ultimate jungle experience and unwind next to a huge campfire, to the sounds of the intricate Tharu stick dance and local folk songs. 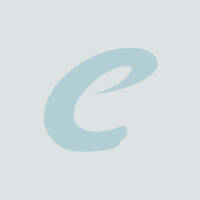